Ford Motor Co will unveil its next-generation 2015 Mustang on 5 Dec, in the first complete overhaul of the car since 2005.

The new Mustang, which marks its 50th anniversary next spring, gets a more modern design, a more nimble chassis and more efficient engines and transmissions, all intended to broaden the car’s appeal beyond its core American audience. The 2015 model is slated to go on sale next summer.

“We had a big decision to make about the execution of the vehicle, but most of all we had a chance to globalize this iconic vehicle,” 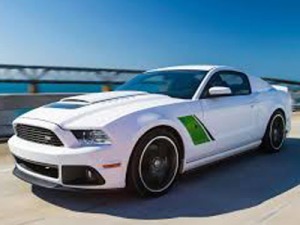 Ford global marketing chief Jim Farley told reporters at an event held in conjunction with the Los Angeles Auto Show. The company first announced the timing of the preview in a description of a video posted on its Ford Mustang YouTube channel.

In the 15 days leading up to the debut, Ford is teaming up with Facebook and Instagram to showcase the car by having fans share photographic stories every day, including 15-second videos by select users, about the car using the hashtag #MustangInspires. Farley called social media the new platform for the company to get its brand message to consumers. In addition, the No. 2 U.S. automaker is using Instagram to release the first image of the car to give fans a look at what to expect next month, and partnering with Dreamworks to allow the use of the Mustang in the movie, “Need for Speed,” due out in March 2014. 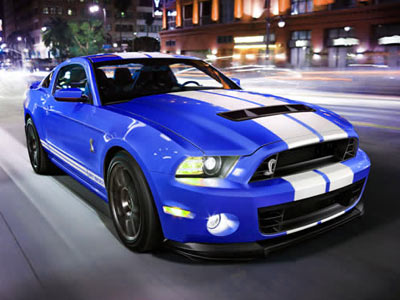 The original Mustang was introduced at the New York World’s Fair on April 17, 1964, to national fanfare. It was featured on the covers of Time and Newsweek magazine, helping to cement the reputation of Ford’s then-sales boss, Lee Iacocca, and was purchased by more than half a million customers in 1965, its first full year on the market.

When it was last redesigned eight years ago, the Mustang took a step backward in time, with a retro design that has attracted fewer and fewer buyers. Sales last year totaled just 82,995 and were down another 8 percent through October. The automaker has developed a new rear-wheel-drive platform for the 2015 Mustang, which will ride on the same 107-inch wheelbase as its predecessor but is expected to shed several hundred pounds. Ford is revamping the car’s suspension, steering and brakes, and upgrading engines and transmissions, with a new EcoBoost turbocharged four-cylinder engine to be offered as an option.

The exterior sheet metal and the cabin have been completely redesigned to give it a more modern look and feel, but the 2015 Mustang will have styling cues inspired by past Mustangs, the sources said.